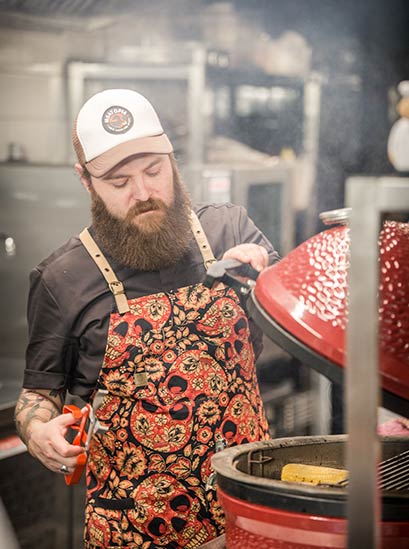 Roman Lazarev. He began by working in the kitchen of a famous pub in St. Petersburg. He went from the simplest blanks and in a couple of months grew to a cook.

Further, the career began to develop rapidly and began active work in such projects as: Pasta, Mesto, Umao, Tawny and finally led to the opening of its own restaurants: Meatarea CHUCK and Holy Ribs.
The mastermind and chef of the personalized culinary show on the Redman’s Kitchen Youtube channel.

Specialist in BBQ.
One of the best butchers in the country.
He regularly holds workshops on cooking steaks and meat dishes in St. Petersburg and the whole country.